This page provides prospective parents and visitors with a glimpse into our curriculum.  Parents of Blue School pupils are provided with detailed guides to subject planning in the form of ‘Knowledge Organisers’ in Parent Zone.

We pride ourselves on our music provision at The Blue School. We aim to instill a love of music for all children and offer them experiences in which they can build on their skills, from concerts and plays to the option of instrument tuition.

By the end of the Early Years Foundation Stage, all children will be able to sing simple songs from memory including action songs and well-known nursery rhymes. They will have a good understanding of beat and rhythm and be able to copy back simple patterns by clapping and playing on a drum. Children will match movements to music and use their imagination in music, dance and stories. They will have explored the different sounds of instruments and responded to them by creating their own sounds and songs. Performing in front of the class is an important part of developing confidence in themselves and their individual musical abilities and is a regular part of music lessons.

By the end of KS1, pupils will have been introduced to the seven core elements of music through the Charanga Music Programme. These are rhythm, melody, harmony, timbre, dynamics, texture, and form. Each half term will focus on a different musical element through a wide range of musical activities (which will include the use of percussion instruments). This will help ensure children receive a more secure and deeper learning experience and mastery of musical skills. As a child progresses from Year 1 into Year 2 these skills and knowledge of the core elements will be built upon. Assessment and recording assessment opportunities will be identified in each unit of work. Teachers will assess children’s work in music by making informal judgements as they observe and listen to them during lessons. These judgements will be used to plan subsequent lessons, ensuring development and progression of skills.

By the end of Year 4, the children will have learnt about the musical elements and will build on this in Upper Key Stage 2. They will have learnt about 20th century music genres consisting of swing, rock n’roll and the blues from the 1950s and pop, soul and folk from the 1960s as well as the influence of black American blues musicians on rock ‘n’ roll as part of Black History. As part of music history, they will also learn about music from the Medieval and Renaissance period and learn about the Baroque period in Year 4 with a focus on Bach. They will compose their own songs and learn about basic song structure. They will also sing a variety of different songs eg: worship music, cross-curricular music and international music.

By the end of Year 6, children will have built upon their knowledge of the musical elements, particularly with regards to musical notation eg- playing different combinations of crotchets, quavers, semibreves and using different dynamic terms and crescendos and diminuendos. They will have also built upon their understanding of 20th century music genres by learning about 1970s music and dance, focusing on rock and disco. In Year 6, they will have learnt about synth pop and hip hop from the 1980s. Black history will have a focus on – Jimi Hendrix, Bob Marley, Boney M, Village People in Year 5 and famous rap artists from the 1980s eg. Sugar Hill gang – Rapper’s Delight, MC Hammer, Grandmaster Flash, Salt ‘n’ Pepa. As part of music history, they will also learn about music from the Classical period with a focus on Mozart in Year 5 and learn about the Romantic period in Year 6 with a focus on Chopin. They will build on their knowledge of song structure using intros, outros and a bridge when creating their own song. Musical activities will consist of composing and performing, listening and appraising but in more detail and more complex than in the lower key stages. 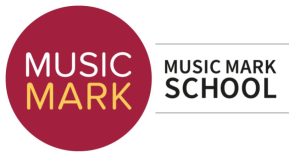 Congratulations! We have been nominated by Hounslow Music Service to become a Music Mark school for the 2020/21 academic year.

The value that we place on music and your commitment to a broad and balanced curriculum has been recognised, and as a result, we would like to celebrate it.

Music Mark is the UK Association for Music Education; we champion and support access to music for all children and young people.  Below  is a PDF of  ‘10 Things Schools Should Know About Music’ booklet.

10 Things you should know about Music This year is a unique one in the history of PP4S: it’s the first time we have not been able to sing together in the Royal Albert Hall, and the first time we are producing a virtual mega choir performance of an original song.

Step By Step was written especially to share hope and encouragement with schoolchildren after a challenging and uncertain year – and we are excited to introduce it to you!